How to Structure a Summer 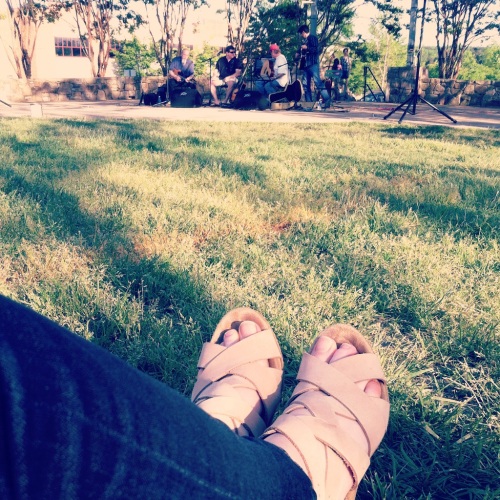 Can I tell you a terrible thing? I don’t love summer. Until now, I’ve often felt bad about this, bad in the same kind of way I felt bad living in California and praying away the sunny days because I was tired of feeling like I had to make something of them. So it is in summer when the light is long and the invitations many. All that potential can lead to a sort of seasonal paralysis. The options are as stifling as the southern heat.

Summers started making me anxious when I reached school-going-age. The academic year gave me an excuse to regularly see classmates, a rhythm by which to order both our time and relationships. Without it, we were defined less by our shared life together and more by our (family’s) individual choices. Were you going to camp for one week or Maine for the whole summer? Was your babysitter a teenager named Sophie or a television stamped Sony? How long were you going to visit Dad or didn’t Dad live with you? The same thing would happen when we graduated from college and the socio-economic statuses of friends – long felt but yet realized – were unveiled. Summers took the dirt of a somewhat level playing field and turned it worm side up.

Despite the mistrust we have in institutions and their often soul-crushing structures, they offer us a relief to do-it-yourself community. In what is one of many profound asides in her new book Wearing God: Clothing, Laughter, Fire, and Other Overlooked Ways of Meeting God, Lauren Winner writes,

“I know that friendship is often supported by institutions and the structures they provide. A few years ago, the rector of the church where I served as a priest associate left for another job. The moment she announced she was leaving, I began to dread the ways our friendship would suffer – and it has. It hasn’t disappeared, but now it is entirely dependent on our free time and our admittedly plentiful affection for each other. We manage to meet for a cocktail about every four months, which is better than nothing but a lot more fragile than when we not only adored each other but also shared common work and common concern for a parish.”

But it’s not just friendships that become fragile without shared rhythm. It’s our sense of self, too. I was at a board meeting last week for the Resource Center for Women and Ministry in the South and listened to woman of all ages wonder about how to structure their summers. To write for publication or write for themselves? To do something new or do something familiar? I’ve been wondering the same for the last four weeks, sighing to my therapist, “I’d like to focus on just being a person this summer – not a writer or facilitator – but a person who loves and cries and looks her husband in the eye when he walks through the front door.”

Unfortunately “just being a person” comes with no obvious blueprint. I wish I could give three easy tips to quell your summer blues and mine but I’ve been tugging at God’s hem for weeks now with no answer. So, as I often do when God is silent and I am antsy, I’ve begun making a few small moves of my own. I’ve taken up writing three letters a week to people who move me as way to connect with friends and colleagues without having to keep track of everybody’s summer schedules. I’ve picked up a few books outside my regular reading list of memoirs and manuals as a way to play outside the lines of my own learning. I’ve reserved one totally unscheduled day a week for Sabbath and one totally unscheduled weekend a month for the spontaneity of Spirit. Apparently, that’s how She likes to roll in summer, and always.

Whatever your blueprint for the long months ahead, be kind to yourself. Wear sunscreen on your neck. Don’t pick at your mosquito bites unless you’ve set a timer. Say no to invitations often and unapologetically. Say yes to a class, club, or church just to see what it’s like to live by a larger rhythm. Travel somewhere close, to your backyard or a book.

Sit quietly until you find this season, or yourself, not so terrible after all.

3 responses to “How to Structure a Summer”